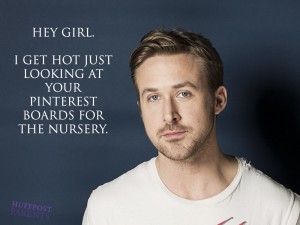 FILE – This March 10, 2013 file photo shows Canadian actor Ryan Gosling posing for a portrait in New York. In his latest film, ìOnly God Forgives,î the Canadian actor plays a drug-smuggling mamaís boy. In one scene, his character gets humiliated by his mother at dinner after he brings a hooker, posing as his girlfriend, to meet mom, played by Kristin Scott Thomas. (Photo by Victoria Will/Invision/AP, File)