So what’s the deal with Sophie the Giraffe? 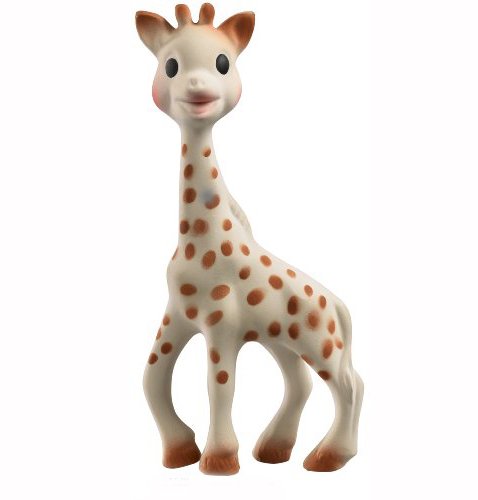 We don’t really know either, but you can bet we own one.  Some fun facts:

Sophie made her American debut in Three Men and a Baby, when Tom Selleck’s character buys one from a street vendor.

She’s enjoyed a long tenure as the most gifted toy on Amazon.com.

And when you’re shopping for those baby gifts, it’s almost worth the cost of a flight to Paris to buy Sophie abroad: at €6.45 (sold in French grocery stores!), she’s less than half of what she costs here.